Welcome to Kolja Simon from AlienVoices

Kolja Simon, born 1973 in Hamm, examined tones that were contents of other sounds and noises from childhood on. For instance in a car or train he could observe various sounds and tones separately and could train his sense of hearing this way. Also his interest in other cultures and their music is extremely distinct, so Kolja travelled to countries like Brazil (Samba and Foho), India (Sitar Tabla Festival) and Hawaii (Sufi chantings). He is influenced by yodelers in the Alps and many others of the cultures in Europe he has visited.


Then, in his work as a shepherd, farmer, bricklayer or carpenter, there were so many natural sounds inspiring and fascinating to listen while operating the machines that Kolja's sense of hearing specialized more and more in part-tones and layered timbres. So he started to sing with the machines and filtered out the overtones and harmonics. When he got to know the asian throat singing style from Tuva, Mongolia, Siberia, Tibet, he immediately started to learn this vocal techniques, to improve them and to develop own styles.
Since 2002 he is a member and solo singer of the overtone-choir of Christian Bollmann. 2005 musical trip through Mongolia with Hosoo (the highest distinguished throatsinger and cultural director of Mongolia) 2006 project with Thomaner- choirs in Leipzig, various projects from the genre of new music with the Westphalian philharmonic orchestra, the cities of Bielefeld, Herford, Munich, Eifel and Osnabrück. Some bandprojects from the genre of world music, rock, techno, with concerts in Cologne, Masuren, at the Lake of Constance and on other German locations and in the French Alps. Sometimes in churches, caves, water tanks and other places with interesting acoustics. 2006 founding the throatsingband AlienVoices with Felix Mönnich.

About me:
Felix and me we founded 2006 "AlienVoices".
We are a tecno-throatsing-duo with electronic beats.

As a band we are:
AlienVoices

Heidi Lieser said…
Aloha!
Thank you, Kolja.It is nice to meet you here!

Candida Valentino said…
Hi Kolja, hope you and your Alien voices are well and creatively harmonicallly flowing.
We have some new songs now which are on our new CD Chintamani.
Will be playing in Turin with our teacher Tserendavaa at end of October.
Be well
Candida 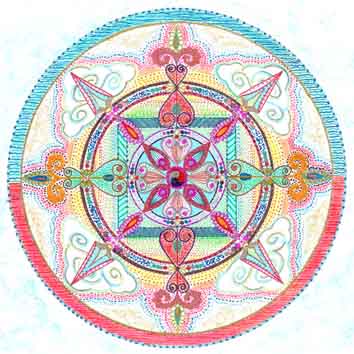 Sarah Hopkins said…
Hi Kolja,
Thanks for connecting with me....via the sound waves ! Sorry for my delay in responding...I've been away on a couple of big Performing tours...
I've enjoyed listening to your overtone singing : beautiful !
I look forward to meeting you in person one day. Sonic Blessings, Sarah

Good to hear from you and your amazing technique. I see you worked with an harmonic flute in the improvisation and doing the sub-tonic voice as well as the overtone... great. Madosini also does "under-tone Xhosa style. See if you can catch the last two shows of Madosini and friends today and on Sunday. See Klangkosmos festival. Meanwhile here is a video link.
http://www.vimeo.com/8169317 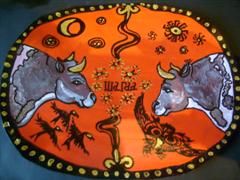 kiva simova said…
Thanks for your comment, but unfortunately I cannot come to the festival on Sept 20. I will be in Prague then. I hope to meet you soon in future!
kiva

Fuyuki Yamakawa said…
Hello Kolja,
Thank you for adding me to your friends! I am going to make new recording next month. so I`ll post it here when it`s done.

Raphael De Cock said…
thanks for the nice comment Kolja!