WHICH HARMONICS WILL APPLY TO A MODAL SCALE: 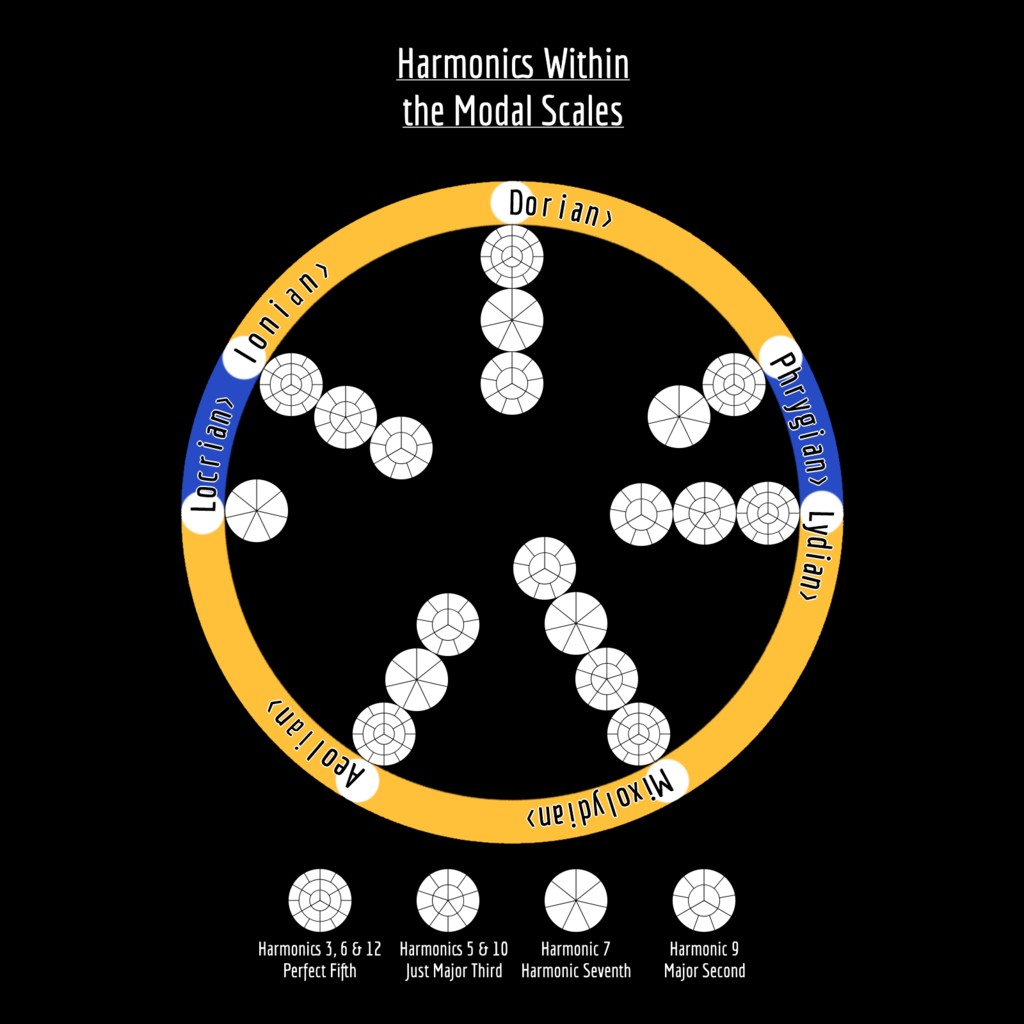 If you sing within in a modal scale and you want your accentuated harmonics to stay within that framework here is your key diagram.

The smaller, divided circles indicate which harmonics can be accentuated at each step of the modal scales if you want to keep the harmonics within the pattern of the scale.

The diagram is essential for polyphonic overtone singers and also gives an explanation to why harmonics sometimes sound strangely off in certain contexts. For example at the first step of the Locrian scale (and second of the Aeolian; third of the Mixolydian; fourth of the Lydian; fifth of the Phrygian; sixth of the Dorian, and seventh of the Ionian) you can only use harmonic 7 if the accentuated overtones should fit within the scale (plus, of course, harmonics 2, 4 & 8 which are octaves). At the first step of Mixolydian (and second of the Lydian; third of the phrygian, ... etc.) there are much more options (harmonics 3, 5, 6, 7, 9, 10, 12 plus 2, 4 and 8).

I included the harmonic seventh even though it will sound very flat in many contexts. On the other hand I omitted the partial 11, which may be used as a perfect or augmented fourth if your audience have tolerant ears, but it is even more off (about a quarter tone) than partial 7.