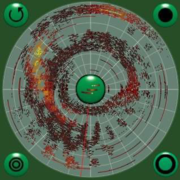 The emphasis of this group on the recognition that timbre - specifically vocal timbre, but other timbres as well - can be filtered naturally to emphasize it structure of partials leads me to think about timbre as the fundamental basis of music. As such, not every timbre has harmonic, even-multiple partials, and so decisions like "What is this note in relation to other notes" or "What is consonance?" or "what sounds should come next?" now can be approached at a low level.
I'm working on some software that is about timbral composition. this is already familiar to this group, since anytime a tone is held and the harmonics selectively emphasized, you are actually changing the timbre for musical effect. The same happens on fujaras, berimbaus, khomuses, talking drums and udus, Dan Kni, muted horns, and even the peculiar Otomotone.
Most of these instruments have roughly harmonic timbral structures, the main deviation from which coming from material properties (like string inharmonicity, unstable resonators (like mouths), and the nature of the excitation causing the sound. Going with that are properties of timbral evolution control, and how an instruments reacts to differing strengths of impulses or other ways of adding and removing energy from the resonating system.
Furthermore, not only do the musicians react to the sounds they produce, other musicians and instruments also are affected physically by the current sound and how its energy is expressed as pressure.
I'm trying to come up with a simulation of all these properties with the aim of making thought experiments in timbrally aware compositions where there are few barriers between timbre, ambience, melody, harmony, and explicit and resultant evolutions/sequences of sounds.

I talk about this a little in this interview:
https://soundbytesmag.net/music-for-tablets-interview-with-henry-lo...