The polyrhythmic dance of Lissajous figures 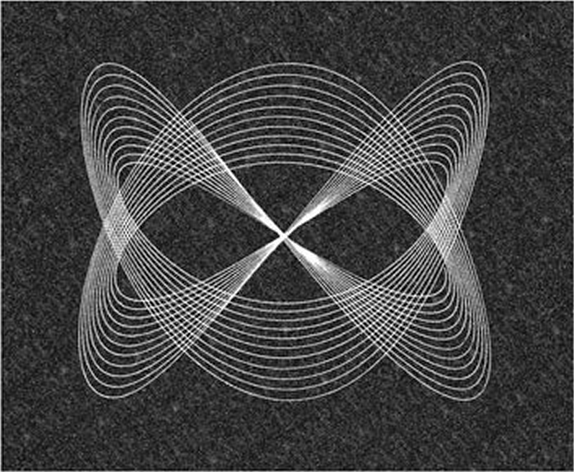 Jules Antoine Lissajous (1822–1880) was a french mathematician whose name is associated with the fascinating figures most commonly known for visualizing the proportions of the musical intervals in just intonation.

The intervals in questions are integer ratios from the harmonic series like Perfect Octave (ratio 1:2), Perfect Fifth (ratio 2:3), Perfect Fourth (3:4), Just Major Third (4:5), Just Minor Third (5:6) etc. and forms the basis for our perception and interpretation of musical intervals in a broader sense, as they are the deepest reference of tone relationships, nature's own way of organising music.

The simpler the Lissajous pattern the more consonant the interval:

As an overtone singer I am obviously strongly focused on these natural intervals. This music is brought out by a subtle command of the timbre of the singing voice and even though overtone singers may be led to the view that 'one note is sufficient', also here it is confirmed that a single note does not create the music but the interplay of two or more notes – even if this only takes place in the timbre. What creates tension and resolution in music is relations between notes: Intervals!

What is really interesting is that what can be regarded as simple integer ratios between frequency and wavewlength leaves a primary impact on our emotions. The Minor Third (in just tuning ratio: 5:6) by most people is perceived more sad, dark and soft (latin: mollis) than the Major Third (4:5) which seems happier, lighter and harder (latin: durus).

By the process of octavation – successive divisions of frequency/wavelength by 2 – these intervals may be brought down to the area of rhythm and can be interpreted as polyrhythmic structures, meaning that two or more different divisions of time meter or note measure are simultanously brought into play. So the interval of the Perfect Fifth, 2:3, reflected in the area of rhythm will be two over three (the pulse is divided in 3 beats) or three over two (the pulse is divided in 2 beats).

Musical notes are in more than one respect unappropriate as a mean to describe what takes place in the polyrhythmic field – where the 2:3 ratio is the most simple – and as many practitioners have problems with combining understanding and practice, I have developed a way to present and learn basic polyrhythmic figures. The above rhythm may easily be drummed with two hands on a table or your lap. If you however keep your focus on the left hand (green) and the line 'NOT DIF-fi-CULT' the natural accentuations (CAPITALS) of the words will lead you to feel the pulse as divided in three beats. By shifting your focus to the right hand (blue) and the line 'IT'S so EA-sy' magically the overall perception of the rhythm will change its character so that the pulse feels divided in two beats.

From the realm of polyrhythms we shall take a leap back to something visual, and it may be a help to recall how you may draw curves of light in the dark with a sparkler: 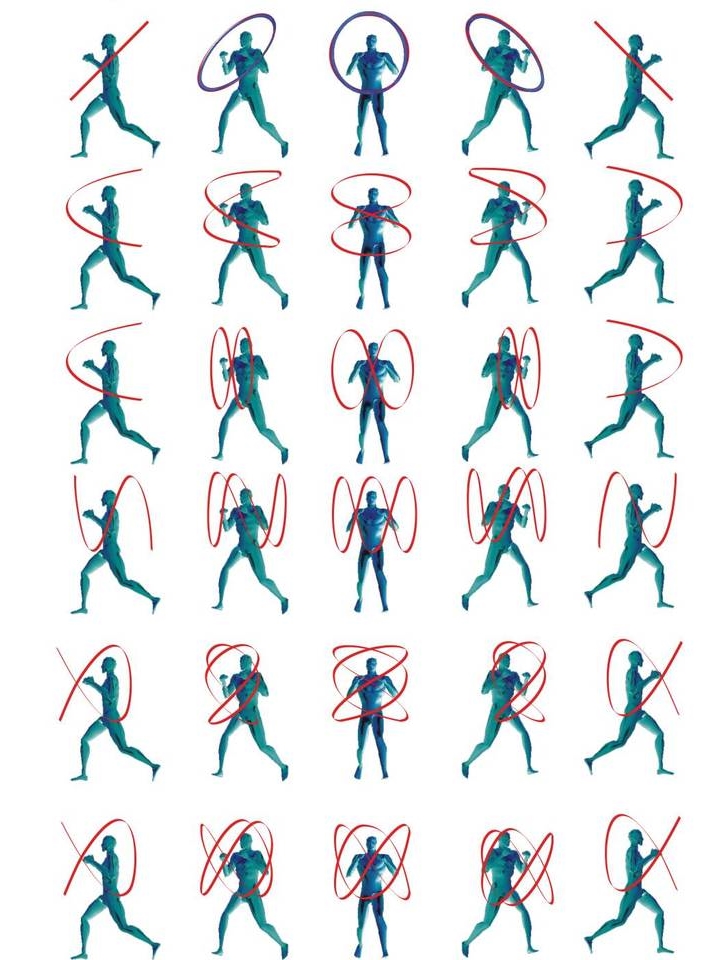 Nunchaku is a traditional japanese martial art form, where the weapon or tool is built on the principle of a flail: Two short rods connected with a link. 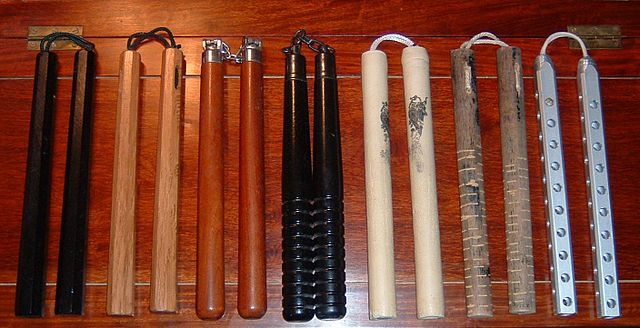 This form has a highly accomplished practitioner in Roy Williams, who holds the black belt in a few martial art forms. He has developed a variant called Penchaku, which has a high degree of aesthetic appeal. Here the movements of the rods are carried out so that their curves describe Lissjous figures. There are several interesting videos at his YouTube channel. Below you may watch a teaser. I find it highly inspiring.