Woodroot music.web.radio is an internetradio for the new natural music of Europe in the great family of worldmusic.


Woodroot music.web.radio as a successful part of the Woodroot World is an internetradio for the new natural music of Europe in the great family of worldmusic. Didgeridoo, percussion, many other accompanying instuments, overtonesinging, natural voices, rain-forest-music, middleage-music, folk-music of various European regions. -- Woodroot is »on air« on seven channels in stereo-quality with twenty-four-hour moderation and seven days per week. There is a main channel with various natural music, a didgeridoo-, a percussion-, an overtone-channel, a middleage/ethno-channel and two other channels more.

Of course Woodroots editorial staff wants to gain as much interested listeners as possible. Woodroot music.web.radio is more than only an internetradio. We are a »cultural radio« and would be pleased about You as a listener. 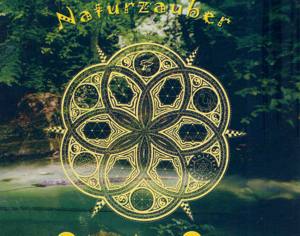 Comment by Robert Lipfriend on April 28, 2010 at 9:46pm
Hi there, I'd like to add you as a friend/connection but don't seem to be able find out how... can you help?
Cheers
Robert

Comment by Karel Kekesi on September 18, 2009 at 6:23pm
Hello Woodroot,
my name is Petr Jáchym from Czech republic and I am manager of Karel Kekeši, which is overtone singer from Czech rep.
We are new on this site but I get the info, that you organizing overtone festivals. Is it any chance to visit your festival a let Karel sing there? Or if you like our songs we can cooperate even with your radio.

Give me some infos in case of interest, please.

Comment by Jens Mügge on April 9, 2009 at 10:26am
@ Erich: thanks for this new program. I am listening Woodroot Channel No. 3 at woodroot-radio.eu because the player here on this page is not working at the moment. But excuse me to write that I mostly listen only Channel No. 2 ... this program has always power!


Happy Easter for all here of this group!
J.

Comment by Dean Frenkel on February 20, 2009 at 12:19am
Greetings to overtoners and lateralist sound adventurers. It's a pleasure to do cyber space travel with such free spirits.