(the author is Danish so please submit your corrections of language or factual information. They will be received with gratitude) 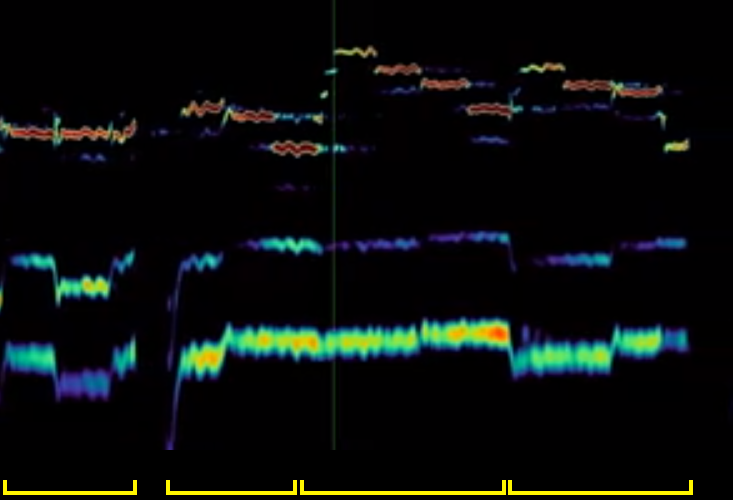 Underneath the text you may find links to various sources of polyphonic overtone singing and to a YouTube Playlist.


Polyphonic Overtone singing may be considered a gem of the universal harmonic language.
It comes to expression through the partially independent movements between the fundamental and the accentuated harmonics of the voice. The fundamental pitch may move upwards while the harmonic moves downwards or vice versa. Alternatively the two layers may be moved in parallel or the harmonic frequency stay fixed while the fundamental is moved.

These facets are not being utilized by the still more commonly known Tuvan and Mongolian singing styles where overtone melodies are produced on top of a sustained drone.

A few weeks ago I spoke with a talented singer who has been part of our harmonic community for years and heard several concerts with polyphonic overtone singers, and she had not even noticed this dimension of expression . And it is not the first time I have come across even very trained listeners who did not perceive all levels.
In other words: It is not only a question of the overtone singers to practice, because it is quite obvious to an attentive ear what takes place. It is also a question of the listeners to train their attention.
Denmark has very few overtone singers and hardly any polyphonic, but we have received several visits from leading polyphonic overtone singers, including David Hykes, Wolfgang Saus, Stuart Hinds, Kiva Simova and Jan Heinke.

The polyphonic aspect has been developed almost solely in the modern western overtone singing tradition, and David Hykes was probably the first to clearly describe and demonstrate its potentials.
Obviously we have not heard all the possibilities yet.

The Spectrography above shows Jan Heinke's polyphonic mastery in the piece Orpheo's Angel, where some basic situations (indicated by yellow brackets) are illustrated within a time interval of less than 10 seconds:

- The first part shows an example of the harmonic frequency (reddish) being sustained, while the fundamental (here blueish) moves one step downwards.

- Immediately after: Three harmonics accentuated from two fundamentals ( here blue-green with red-orange core) and with counter movement: Fundamental goes up while harmonic goes down.

- After the first half is an example of a sustained fundamental frequency (here blue-green with red-orange core), while the harmonic is moved first rapidly upwards, then downwards in three consecutive steps. This situation is in principle not much different from the traditional Eastern forms of overtone singing.

- The last basic situation – which is not illustrated clearly here – is the parallel motion of the fundamental and harmonic.

The serpent in paradise may be that not all forms of singing do the accentuated overtones justice.
Personally, I often experience the attempt to control and master the harmonics within a limited and defined form takes the magic away from both the one as the other dimension: It may kill the soul of the sound and spoil the beauty of form. Within narrow frames the harmonics are likely to suffer: Optimally the overtones should be allowed to soar, and they should be produced by a voice which also functions well in its basis. Well, at least that is how I feel about it.

An allegory: The development of musical notation has meant incredible breakthroughs for the music of the west, but it has not been a development without costs, including sense of microtones, intonation, ornamentation, modal abundance and the expression of the free soul.
This applies to singing in general.
But more specifically the notation of harmonics in musical score, may be a little bit like performing big band jazz in the Taj Mahal: However wonderful the frame, it may simply not be the optimal setting for that sort of music!

Often it sounds to my ears somewhat intended more than felt. And one fundamental meaning of singing – and not least so when it comes to overtone singing – is to express a stream of emotion.
It is a dilemma, because I think to a large extent this very area, the polyphonic overtone singing, is where an important development can and must take place.
So I hope this article will not be taken as an attempt to keep you from polyphonic experiments, on the contrary.
And I hope along with these experiments the capacity of your voice to reflect, contain and express sentiment also will develope.

That is crucial to music and maybe to singers most of all.

... and a few links which may reflect in which directions this development may currently be heading:

From the count 03:36 in the video with Wolfgang Saus is shown his very clear and pedagogical illustration of opportunities with voice and hands. Unfortunately the most sophisticated part of the demonstration, namely counter movement, is being spoiled by the voice-over.

Lokah Samastah Sukhino Bhavantu is a Sanskrit mantra which means: “May all beings everywhere be happy and free, and may the thoughts, words, and actions o...
yesterday
0 Comments

Jew's Harp of the World

Ilaria Orefice is now in contact with Hans Tschiritsch

A blog post by Mark van Tongeren was featured