Awareness of modal scales is essential for overtone singers! Milton Mermikides is a very talented musician and he is equipped with a deep sense and understanding of the inherent structures of music. I became aware of him as an ally in my mission to debunk 432 Hz superstition, which he has written an excellent article on. From his outline I have designed this diagram showing the inherent dynamics of modal scales (based on church modes ), which may occur if you limit yourself to the white keys of the piano (notes without accidentals), but the modes may be played with any of the 12 keys as a fundamental, so it is more correct to consider them as patterns of minor (semitones) and Major (whole tone) steps. 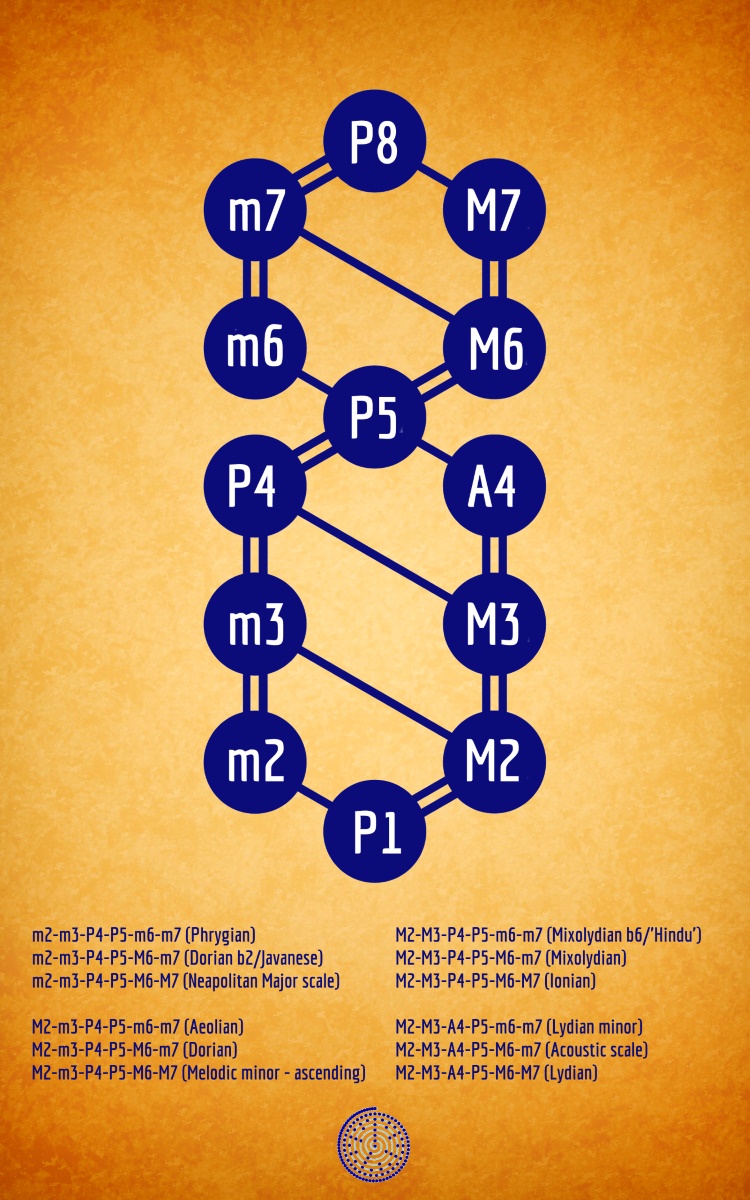 The structure of heptatonal scales. The seven modes is a subset of this general pattern. Locrian mode is the exception as it includes diminished fifth.

- D (Dorian mode) has been chosen as the starting point, because its is symmetrical: Whether you ascend from Prime to Octave or descend from Octave to Prime it follows the same sequence of Major and minor steps. - The dark blue circles indicate the steps which are modified by movement between neighbouring modes in the circle, for example, the Third of  D-G: By the progression from Dorian to Mixolydian mode all notes remain identical except for the Third, which is raised one semitone from minor to Major. If you move in the opposite direction, from Mixolydian to Dorian, the Major third becomes minor.

... In other words: A diagram packed with meaning! I'm just a little bit jealous that it was not me who conceived it, but I am very happy that Milton gave his approval to my further developments of the diagram! 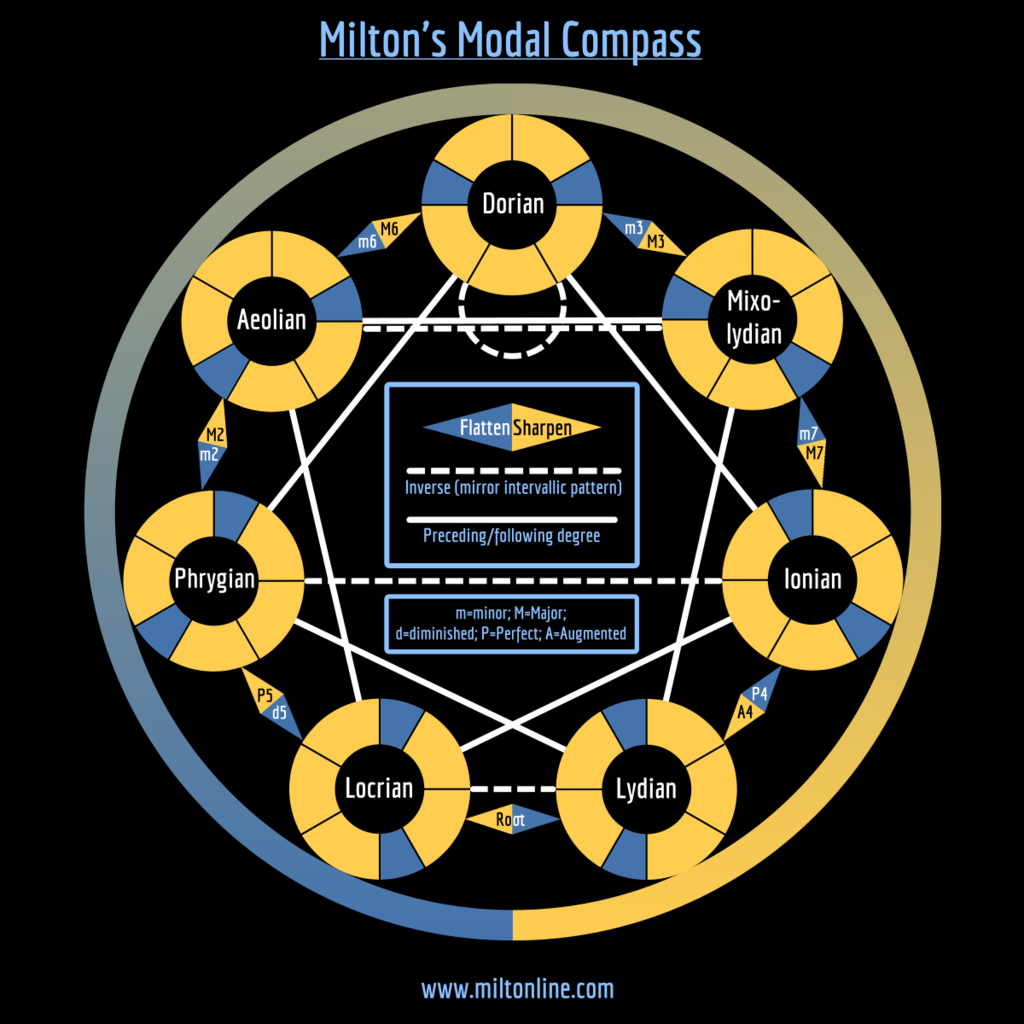