Magic Sounds is about ancient therapeutic sounds of vocal harmonics; sounds of the… Continue

My book is finally out

Dear OMN community,
I'm happy to announce that my book "On the Physiology of Voice Production in South-Siberian Throat Singing – Analysis of Acoustic and Electrophysiological Evidences" is out now.

It took me really a long while . I actually started working on it in 2000 as my PhD project. Then of course - as many of you perhaps also know - there came other jobs, duties, projects. And finally I had to rush since in order to get a particular job I needed to finish and… Continue

I am offering my services creating vocal overtone arrangements for your songs (or somebody else's!). The notation is written both with the upper melody in standard notation and with the numbered harmonics above the bass line. The arrangement will be as close as possible to the original, given the restrictions of the harmonic series. (Certain small alternatives for fundamental/bass pitches may be required). It is singable by an experienced polyphonic overtone singer. If desired, a demo mp3 may… Continue

All but toothless
A virtual jaw harp orchestra challenges the dominance of guitars. Here's to musical diversity!

Starting from the city jungle of Vienna, the LOOPING jaw harp orchestra has set out to discover unexplored musical regions. Elephant Road, off the beaten track, directly leads to the habitats of rare musical instruments. Three dozen of jaw harps and percussion are a good substrate on which steel pans, saxophones, marimba, trumpets… Continue

I am very happy to announce a new release called "Elementals" on the Stasisfield netlabel. John Kannenberg has done the beautiful job of design, packaging and presentation that Statisfield followers have come to expect, and I am grateful to part of his roster.

Mysterious and singular the ancient Himalayan cultures created enigmatic instruments for the propose of inducing physical healing, spiritual consciousness and mental clarity.
Their creations are an alchemy of metal and sacred geometry known today as Tibetan Singing Bowls, Gantas/Vajras, Tingshaws and Gong. The vibrational signatures these remarkable instruments produce are metamorphosing overtones that heal the body and heart of sentient beings. Their songs/voices alter space, mind and… Continue 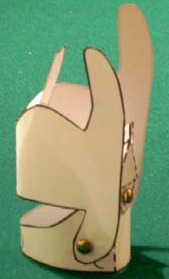 This is a nice way to realize a simple moveable larynx.

I use this model on my workshops to explain clearly some larynx movements.

Look at this video.

PS
there will be an english version pretty… Continue

Just published a new piece called "Unstill Light". It's pulsating, droney, and superparticular. If you like that sort of thing, you may like this too. Made with Csound and blue. The piece is dedicated to Greg Schiemer and Warren Burt.

You can also listen to it from the music widget on my page. 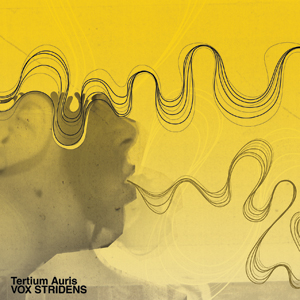 My new audio release is ready for you, and it is for free download. The tracks are the same that you can find on my personal page, but now you can download them in mp3 at bitrate 192.
You can find it at…

Greetings to all. I am very interested in collaborating with visual artists, especially video artists (but I am open to anything). In particular, I am currently looking for visual work to incorporate into a small concert I will giving in the States this fall (late September) to coincide with an independent CD-R release. So if you hear something of mine (as posted here or on my http://mysterybear.net) that inspires a visual response or… Continue

I'm an opera singer since 25 years and I have always thought that to learn opera technique I had to go to words like “Open! Push!”, or “Think about a pearls thread” and so on...
All phrases without sense, with bad teachers that ask to you a lot of money to explaine to you...what?

Last month I had attended to an explanation by Marco Tonini to Bodo Maass about the High Singing Formant. Sometimes I attend to lessons by Marco Tonini, and he is not a singer, and… Continue

A sort of homecoming

Ever since I stopped singing, I’ve kept a little door open somewhere in the back of my heart. Sure enough, I don’t see myself singing in chamber choirs, oratorio choirs or project choirs, and I definitely don’t want to sing solo parts in front of large audiences any longer, but deep down I’ve remained convinced that singing is… Continue

Shirley Simmonds is now in contact with Jens Mügge

Shirley Simmonds is now a member of OMN ...

Timber with Gongs during a recording session

A photo by Bernhard Mikuskovics was featured

Lukas posted a status
May 30
0 Comments